Chevron: when an on-trend pattern meets a ceramic surface 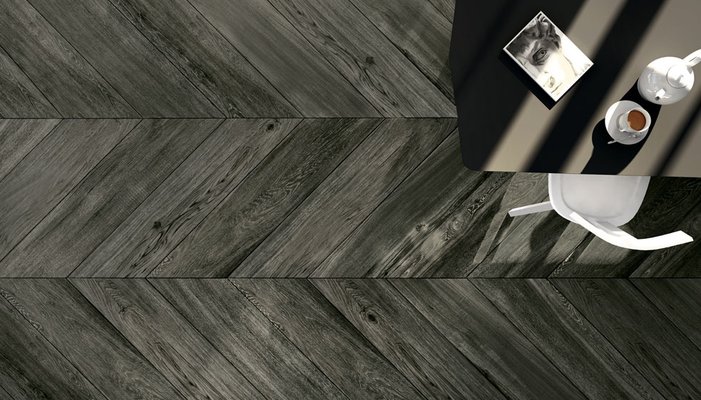 “Here, we have a chevron, or a flame stitch pattern.
It extends as a design motif back to ancient Hindu temples, old Hopi Pottery, French Art Deco, hippie ponchos and on into the night. We've been using this in decorative painting for several years, and for some reason this summer it reached a tipping point. Chevrons were everywhere. And I mean everywhere - on throw pillows, clutch purses, cell phone covers, and especially the loose summer dresses on every other woman walking down the street.”

This is how a well-known US blogger and trendsetter, Maxwell Ryan, described the ever-increasing popularity of the chevron pattern, the famous zigzag design that - almost out of nowhere, after a period dominated by plain colours - is right back and fashion and is popping up absolutely everywhere. He was talking about summer 2012, when an authentic renaissance of the pattern was evident, and the chevron pattern had earned a prime role for itself on mobile phone covers and summer dresses, before heading (back) home and coming to rest on furniture and carpets.
This herringbone revival has left no interior design or fashion accessory untouched: cushions and curtains, sheets, the legs of sunglasses, bags and shoes. Chevron mania has swept through all sorts of fields and sectors.

If a fashion doesn’t reach the street, it’s not a fashion, said Coco Chanel, and if this is the case, then herringbone is definitely back.
This is a pattern with a long history, however.
It was used by the ancient Greeks to decorate vases and other decorative objects, and in classical iconography it forms part of a system of graphic signs that can be linked with the womb and fertility.
Positive, reassuring signs come from a more contemporary age - the interior design of the Seventies - with the intention of setting a mood for living spaces and creating a status symbol focused on an explosion of creativity, in all its forms.

Today Mirage has turned back into the retro elegance of the pattern, developing a new size that emulates the classic herringbone pattern. The standard tile, 19.7x120cm is laid to establish a material rhythm, able to bring a new pace to living spaces. The effect obtained is a repeated upside-down V design, creating a herringbone pattern that enlivens the laying scheme.

Porcelain stoneware thus creates a smooth harmony, with a delightfully warm variant reminiscent of wood: the Nau collection, a tile featuring distinctive scratches, planing, signs of aging and traces of the craftsmanship typical of the natural element.
The timeless sensation of aged surfaces takes shape in unique strips able to bring an authentic feel to any setting. 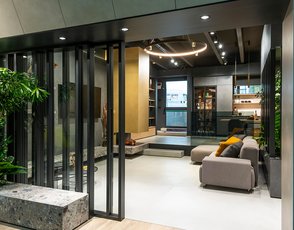 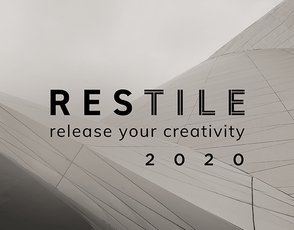 RESTILE 2020. The return of the Mirage tile contest 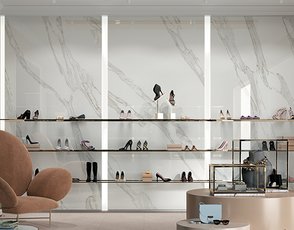